Want to join the discussion?
Feel free to contribute!

Remote working brings challenges. Here are some tips to help you handle the... 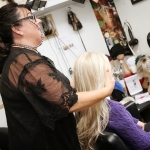 When a wig can be a cancer patients’ best friend – Morgan’s are on a ...
Subscribe To Our Newsletter
Be the first to get latest news & offers straight to your email inbox.
Sign up now
No Thanks!